Fort White, Dixie County Both Fall In 1A State Semifinals 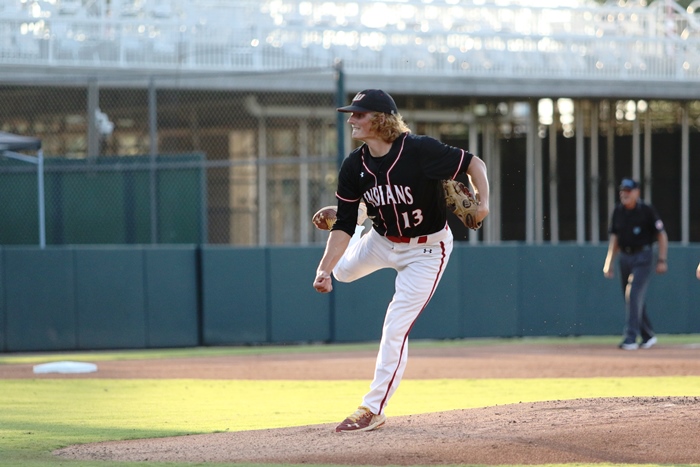 Johnathan Fischer delivers a pitch for the Fort White Indians during the Class 1A state semifinal against the Holmes County Blue Devils.

The dream of enjoying state championship glory was halted a game short for two area teams on Wednesday, in the Class 1A state semifinals at Hammond Stadium in Fort Myers. The Bozeman Bucks won 8-4 over the Dixie County Bears in the matinee game, while the Holmes County Blue Devils earned a 4-1 victory over the Fort White Indians in the night contest.

It has not been easy for teams to get to Fort White senior ace Johnathan Fischer this season, as the right-hander suffered just his third defeat of the year. Despite allowing a lot of traffic on the bases in allowing nine hits in five innings, Fischer held the rope with his best pitches in the biggest moments to limit the damage and keep his team in the battle. Fischer allowed two earned runs and two walks, and recorded seven strikeouts. 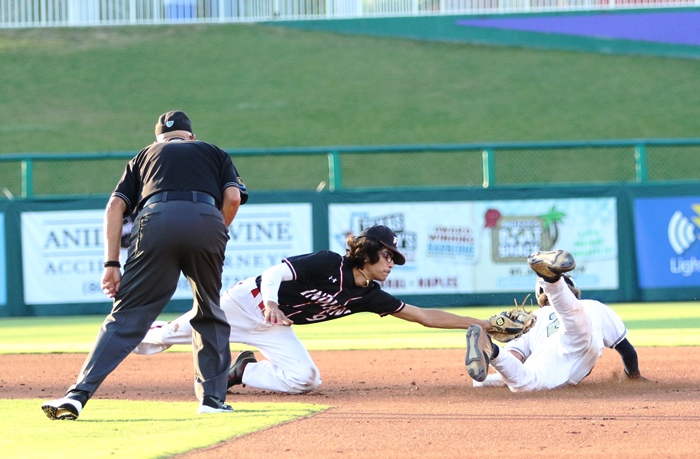 The Blue Devils were aggressive on the bases, stealing three bags.

Easton Flynn was 2-for-3 to lead the Fort White offense, while Zander Eyjolfsson had an RBI single to drive in the Indians’ only run.

Dixie County jumped out of the gates with a run in the top of the first inning, and the Bears led 4-0 after three innings. But the Bucks came storming back with eight unanswered runs, including a six-run sixth inning that was the difference. Carson St. Laurent was 1-for-3 and reached base twice with an RBI double, and Kolton Hunt scored twice for the Bears.

Despite allowing four unearned runs to fall behind, Bozeman ace Jeremy Todd stayed true to form and delivered a gutsy, complete-game performance for his 11th win of the season. Todd had seven strikeouts while allowing four hits and a walk in seven full innings of work. 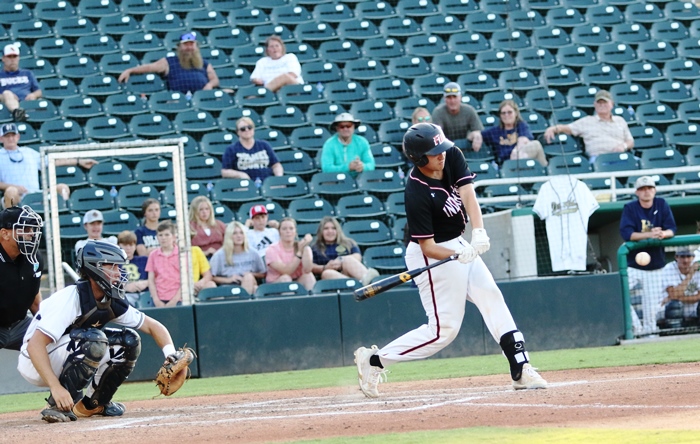 The Indians managed six hits in the game, but struggled to string base runners together to drive runs in.