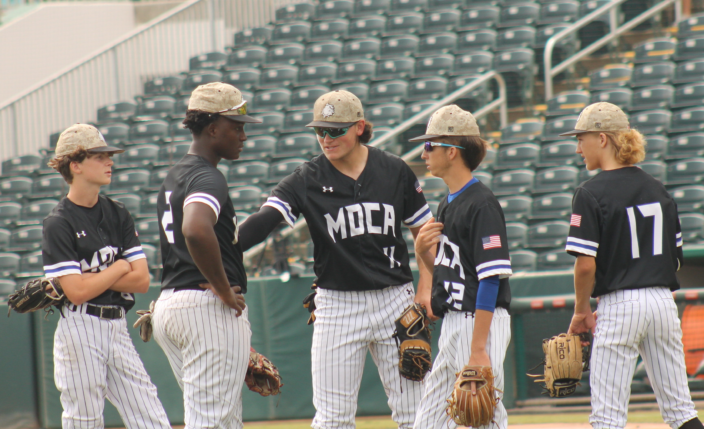 Mt. Dora Christian left it all on the field in a battle befitting of a state semifinal.

Selfless, team baseball got them this far, and now there is only one more step to go.

The St. John’s Country Day Spartans held on for a tough, 3-2 victory over the Mount Dora Christian Bulldogs on Wednesday morning, in the FHSAA Class 2A state semifinal at Hammond Stadium in Fort Myers. The Spartans scored all their runs during a pivotal fifth inning, and then stranded the tying runner on third base to hang on for the victory that advances them to Thursday’s state championship.

Country Day will face the Out-of-Door Academy Thunder in the finale, after the Thunder (23-3) defeated the Trinity Christian Warriors in Wednesday’s other 2A semifinal.

“It was a tough-fought game and we never gave up,” Bulldogs Manager Jason Sanders said. “We were dodging bullets all game but we just kept grinding. We were right there within striking distance.”

The Spartans (24-6) certainly made the crucial plays when they needed them most. After a challenging tug-of-war resulted in four scoreless innings and seven total stranded runners, Country Day strung together several key hits to take control in the top of the fifth inning.

The top of the Spartans’ batting order has wrecked havoc all season, and that trend continued in the fifth. Luke Shannahan was hit by a pitch and then advanced into scoring position thanks to a sacrifice bunt from Walker Matthews that turned the lineup back over, where starting pitcher and leadoff hitter Finn Howell delivered with a deep shot to the left field warning track that went for an RBI double that plated Shannahan with the first run of the game. 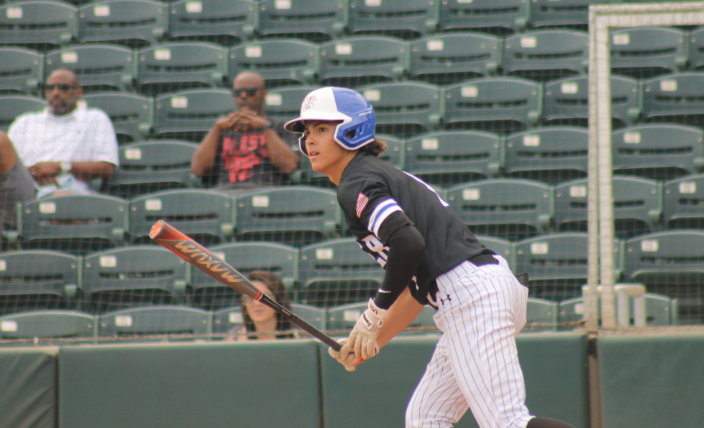 That brought up senior Connor Moore, who supplied the winning runs on the biggest hit of the day. Moore connected on an 0-1 pitch and sent it sailing high and deep to left field, over the fence for a two-run home run that traveled an estimated 420 feet.

“He really pieced that ball up,” Sanders admitted.

It was Moore’s 11th homer of the year, only this one sent his club to the state finals. The Florida State University commit has been red-hot during the playoff stretch, hitting five home runs while going 10-for-20 with with eight runs and 14 RBI in six total playoff games. 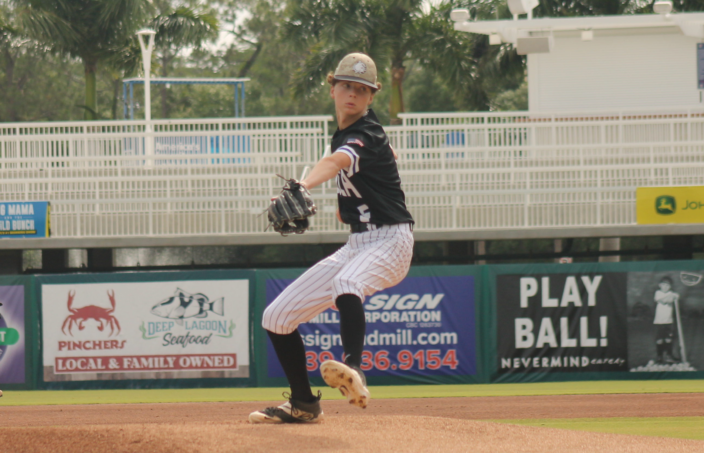 “The ball is definitely coming in big right now,” Moore said. “If I’m sitting back and being patient then that is when I am going to hit my best. I was seeing curveballs all day, so I figured one was coming. Finn hit the double down the left field line and it got me hyped up. I went in there thinking that I need to do something big, and he hung a curveball and I was able to sit back on it.”

That sample of offense proved to be enough for Howell, who went the distance on the mound. He allowed one earned run on six hits, and he struck out nine.

“It was a great atmosphere out there, so it was definitely different. But to me, it was like every other game,” Howell said.

Even despite running into trouble late, a mound visit from Spartans Manager Tom Lucas convinced the skipper that he was still good to go. Bryan Schutte singled to lead off the seventh, and then gave way to courtesy-runner Kyle Turnage. Dallas Dale then connected for a base hit that put runners on the corners, which brought Coach Lucas out to the hill with a big decision to make with his pitcher. 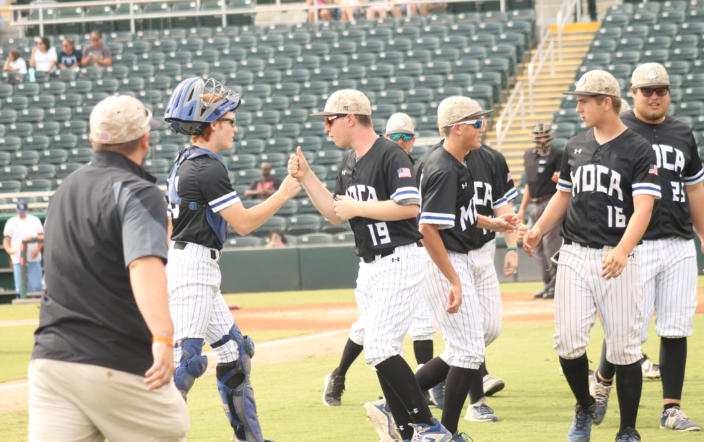 The Bulldogs celebrate after getting out of the first inning without allowing any runs.

Turnage scored off a passed ball to pull the Bulldogs (22-7) within a run, with Dale also moving into scoring position representing the tying run. But Howell got an infield flyout to end the game and send the Spartans to the title game.

While the Spartans celebrated, the Bulldogs were left to reflect on the season now come to a close. Even despite a young roster that featured several underclassmen starters in the state semifinal, the team competed like relentless veterans.

“We said all along that youth cannot be an excuse,” Sanders said. “All season long they just kept growing up. These dudes compete, whether it is for the last piece of pizza in the locker room or whatever. Once they figured out their roles, it all started to click. Everything started in how we practiced; we didn’t waste any time.”

Mt. Dora Christian also played most of the game missing a key starter and with several players out of their normal positions, after a hard outfield collision in the second inning forced center fielder Dominic Jones from the game with a chest injury.

“Losing our left fielder like that on a tough fly ball was difficult,” Sanders said. “He has really been our ‘Steady Eddie’, and he had two walk-off hits, including in the regional final to get us here.” 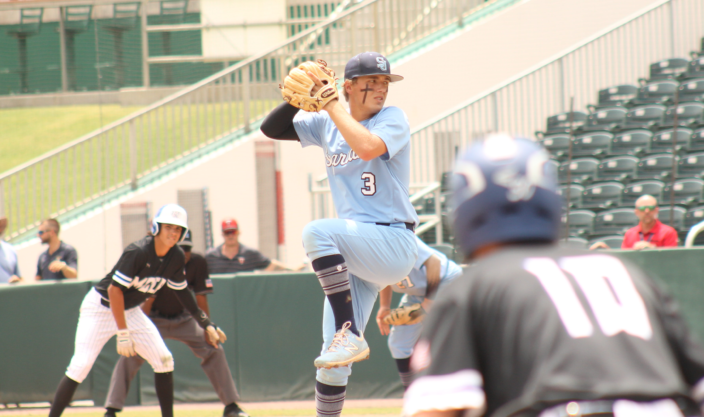 The Bulldogs kept the pressure on right to the final strike.

The Bulldogs needed somebody else to play the hero instead, and several players stepped up and delivered to get them back in the game. Collin Priest lined a double to right field with one out in the bottom of the sixth, and Mekai Griffin followed two batters later with a shot to center field for an RBI double that got Mt. Dora Christian on the scoreboard.

Hitting atop the order, Dallas Dale was 2-for-4 to lead the Bulldogs.

“Playing here is awesome,” Dale said. “Hard work pays off and we really wanted this. We were really grinding and hustling. We’ve had that fire in us, and early in the year we started it and we just kept that fire all year. We just came up a bit short today.”