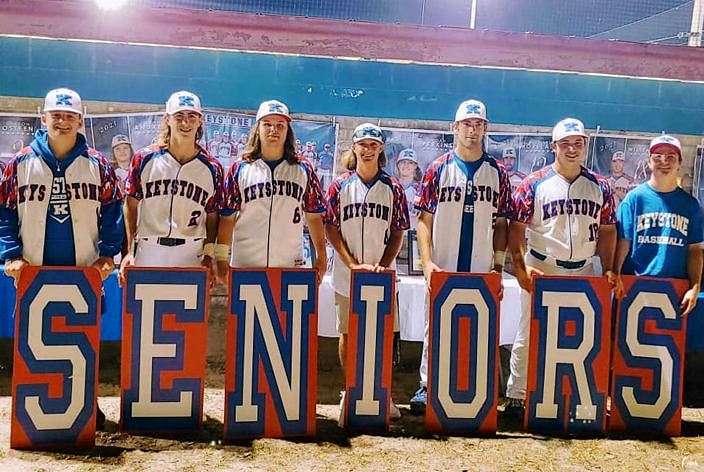 The Keystone Heights Indians got exactly what they wanted while celebrating their senior class on Monday, as a fitting tribute for seven seniors was followed up with a decisive, 15-5 victory over the Interlachen Rams. Keystone Heights broke open a tight contest with three runs in the bottom of the third, and every offensive starter reached base to contribute.

Keystone Heights (11-10) extended its winning streak to four games, while getting back over the .500 mark in the process. It is excellent momentum to carry into the final four games of the season, against some very grueling opponents in the Trinity Christian Conquerors, the Palatka Panthers, the Buchholz Bobcats and the Clay Blue Devils.

The way the Indians are swinging the bats right now, pitchers beware. Freshman Conner Guy led the way on Monday by collecting four hits and falling just a triple shy of hitting for the cycle, as he was 4-for-5 with a double, a triple, three RBIs and two runs. Ty Glenn also put up identical numbers by going 4-for-5 with a double, three RBIs and two runs.

The Rams (5-14) also had a strong showing at the plate, as they pounded out 11 hits and matched the offense to make it a 5-5 game early on. Eli Hatcher led the way by going 3-for-3 with a run, and Joey Bacco went 2-for-3 with a double and two RBIs. 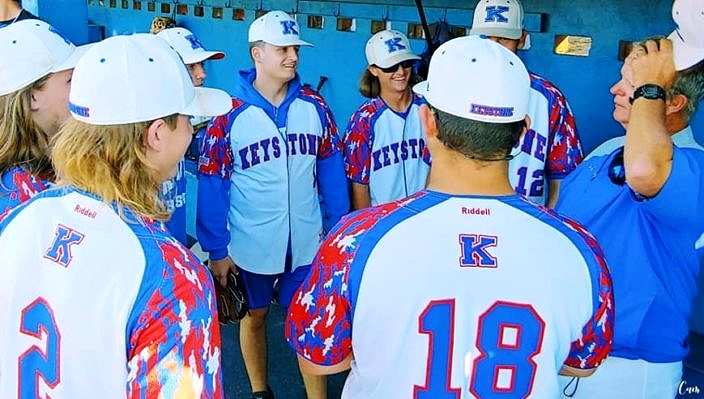 Interlachen capitalized on the Indians’ unsettled energy following the ceremony by jumping out to a 2-0 lead in the top of the first inning. Blake Derossett led off with a base hit, stole second and then scored thanks to an RBI single from Austin Robinson. A Brock Foshee RBI single then drove Robinson across the plate.

But Keystone Heights answered back with three runs in the bottom half of the first. Jeremy Miller singled and then went first-to-third on Conner Guy’s first hit of the day. Guy swiped second and Ty Glenn then tied the game up by driving both runners in with a double to center. Carson Williams kept it going with a base hit and Dalton Hollingsworth gave the Indians their first lead with an RBI single. Chase Packham then tacked on two more with a two-RBI single that made it a 5-2 ball game.

The seesaw kept swinging from there, as the Rams responded with three runs in the second to even things back up. Nathan Bass and Eli Hatcher both singled, and Bacco drove them in with a two-RBI double. Bacco then came in off a sac-fly RBI from Robinson.

But Keystone Heights came right back and retook the lead, this time for good. Miller led off the second with a double, and Glenn drove him in with the winning run on an RBI single to center.

The Indians opened up the floodgates after that, scoring three runs in the third, four more in the fourth and then closing it off via the mercy rule with two runs in the bottom of the sixth. 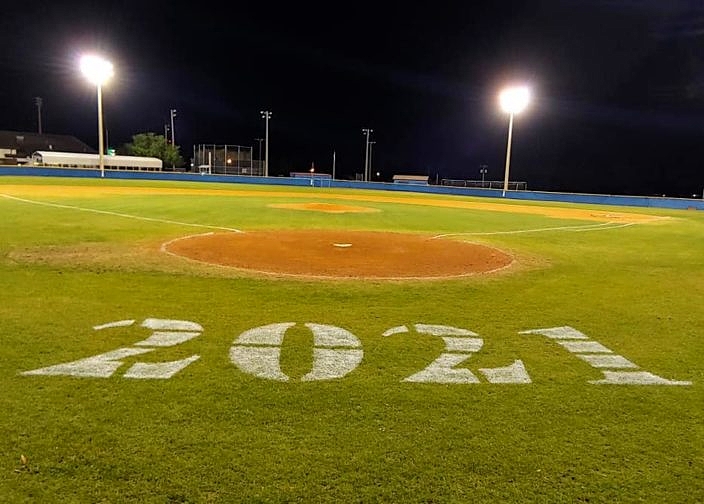