Palatka Walks Off Interlachen In 7th For 4-3 Win 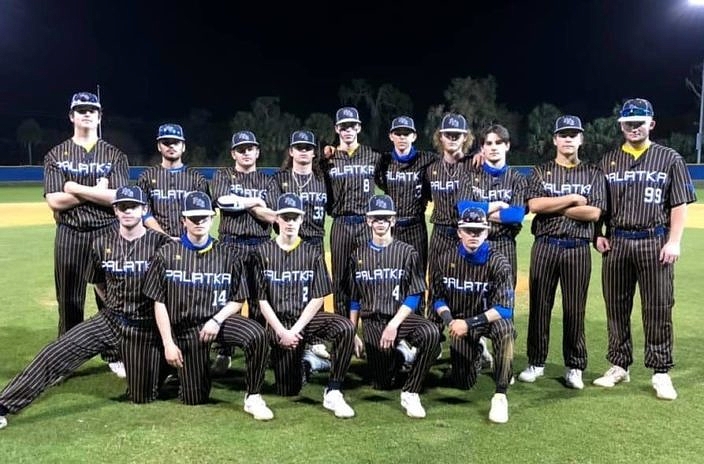 A disciplined at bat from Palatka sophomore Seth Waltimyer in a crucial moment led to 4-3, walk-off victory over the Interlachen Rams for the host Panthers on Friday night. Waltimyer had an RBI, bases-loaded walk on a full count that pushed senior Hunter Keen across the plate for the winning run in the bottom of the seventh inning.

Palatka (4-2) has now won three straight games, and has been very competitive to begin the season. The Panthers’ two losses are by a combined total of only three runs.

Friday night the two clubs played tug-of-war early on, and were pitted in a 3-3 tie in the fourth that held up until the finish. It was the second straight one-run defeat for the Rams (2-6), after they ended a three-game skid with a shutout win over Peniel Baptist on Tuesday.

Interlachen grabbed the lead right away with a run in the first. Brock Foshee singled and Austin Robinson drove him in with an RBI double.

Interlachen evened it back up in the fourth. Reggie Allen led off with a double and came home thanks to an RBI single from Jason Dozier.

Layton DeLoach was 2-for-3 with a walk to lead the Panthers at the plate, and he started the contest and recorded 11 strikeouts in six innings of work. Keen earned the victory in relief, with two strikeouts during a scoreless top of the seventh.