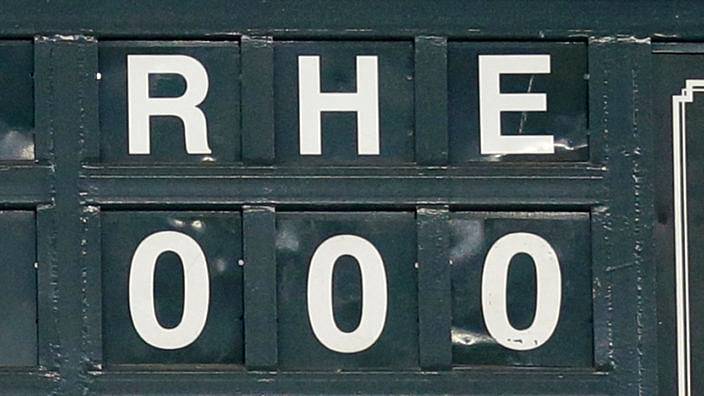 Nature Coast seniors Brian Erb and Anthony Anselmo combined to no-hit the host Citrus Hurricanes on Tuesday night, as the Sharks earned a 1-0 road win to begin the 2021 campaign with an unforgettable victory.

Erb made the start in the Sharks’ season-opener for the second straight year, facing the Hurricanes (0-1) both times. The right-hander went five full innings on 66 pitches to earn the win. He struck out six while and walked two.

Anselmo came on in relief in the sixth, and he finished the final two innings to earn his first career save. The righty issued one walk, and struck out five batters of the six outs he recorded.

Sharks senior shortstop Zeth Rodriguez supplied all of the offense, with a solo home run in the top of the first inning. Rodriguez connected on a 1-0 offering from Citrus starter Blake Clark and lined it to left field for the early run support that held up as the only run support.

Clark settled in quickly and held the rope to give the Hurricanes a chance. The right-hander did not allow another run in three full innings of work, as he scattered three hits and two walks to go along with five strikeouts.

Reliever Tim Flippen delivered a strong effort out of the Citrus bullpen. The senior right-hander kept things scoreless over the final four frames, allowing a walk and two hits while striking out six.

Nature Coast senior catcher Collin Nelson was 2-for-4, the only player to collect multiple hits.