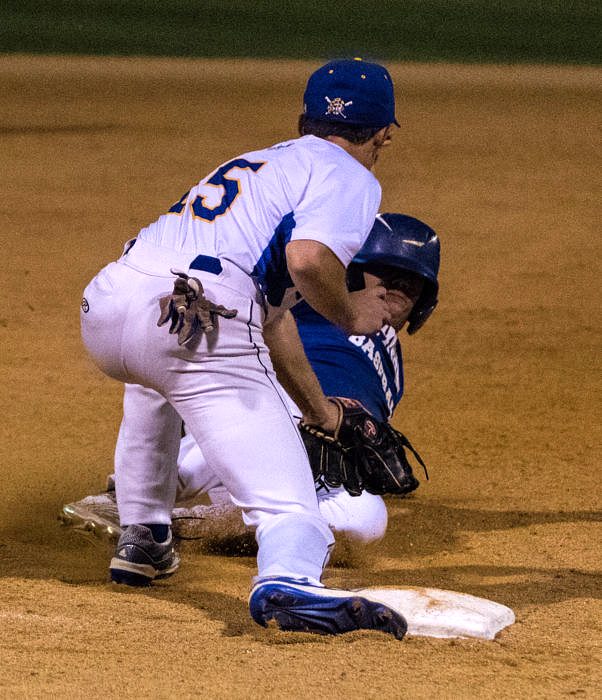 An aggressive day on the bases that led to four stolen bases helped lead the Indians to their first win of the season on Thursday. *Photo courtesy of Amelia Island Sports Photography.

The Keystone Heights Indians received several clutch hits in key moments on Thursday, and the team executed an aggressive attack that paved the way to a 5-2 road victory over the host Fernandina Beach Pirates. The Indians (1-2) stole four bases on the day, including three from junior Dalton Hollingsworth, who scored twice on a 2-for-4 day at the plate.

The turning point came in the top of the fourth inning, when Keystone Heights broke a 1-1 tie with a pair of runs that were the difference. Freshman Conner Guy got things started with a lead-off double to center field, and Hollingsworth followed with a single that put runners on the corners. Senior Evan Andrews supplied a fly ball deep enough to left field to allow Guy to tag up and score on the sac-fly RBI. Hollingsworth then swiped second base, advanced to third on a throwing error and scored when senior Mike Moreland delivered an RBI base hit to left field.

The Indians added onto their lead with a run in each of the next two innings. Jeremy Miller singled to start the fifth, and then aggressively went from first to third on an infield ground out to the second baseman. Evan Andrews then rewarded that effort with a successful suicide-squeeze bunt that allowed Miller to score. Guy drew a bases-loaded RBI walk that plated Chase Packham in the sixth. 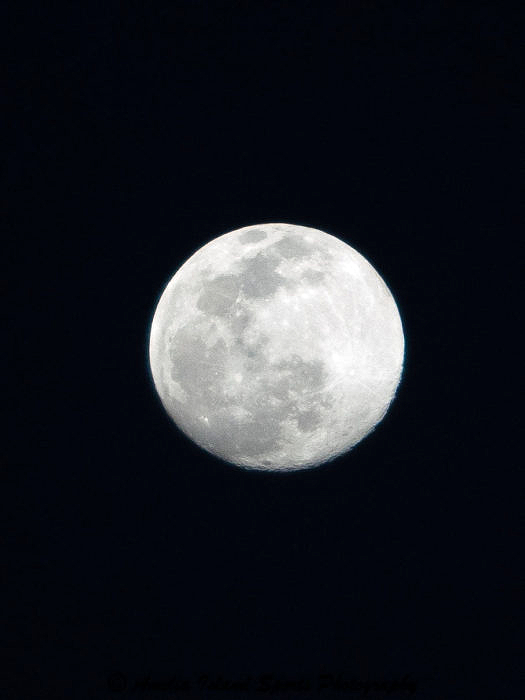 An unforgettable moon hung in the sky over the field during the game. *Photo courtesy of Amelia Island Sports Photography.

Hollingsworth asserted the attack right away, after he smacked the first pitch he saw in the top of the second inning for a single to left field. Despite the best effort from Pirates starter Conner Ryan, who made several pickoff attempts, Hollingsworth still managed to swipe second base. He then kept right at it and stole third as well, with the ensuing throw going wild and allowing him to score the unearned run for the early, 1-0 Indians advantage.

The Pirates (3-1) answered back with a run in the bottom of the third inning to even things back up. Tyler Gillette led off the frame with a base hit and later scored on an RBI single off the bat of Ashton Sweatt.

But the Indians did not bend any further. Starting pitcher Mike Moreland went six full innings on the mound to earn the victory and improve to 1-1 on the season. The senior right-hander scattered eight hits while allowing one earned run. He struck out five and did not issue any walks.

Sophomore Ryan Jones came on and closed things out in the seventh inning. The right-hander registered a 1-2-3 frame to pick up his first career save.