Williston Rallies In Sixth Inning To Reach 1A State Final 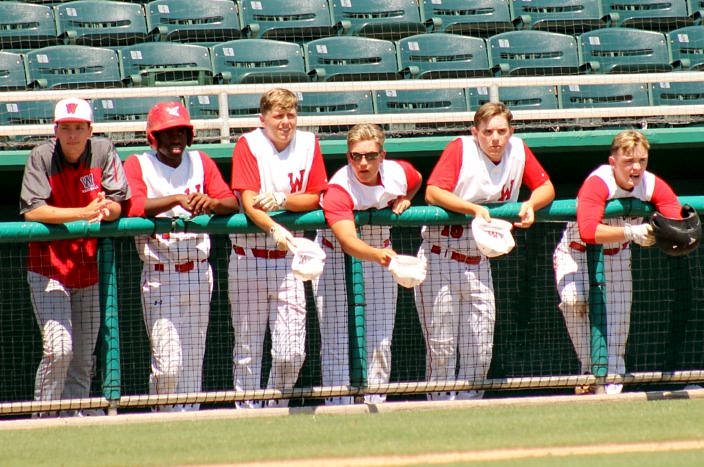 The Red Devils got the rally mojo working just in time to spark Wednesday’s comeback victory.

Williston manager Jim Smith has worked with his players all season practicing for tight moments when the game is on the line. All that hard work paid off in Wednesday morning’s 1A state semifinal, as the Red Devils rallied in the bottom of the sixth inning for a 4-2 victory over the Sneads Pirates. Williston advances to Thursday afternoon’s 1A state championship, where it looks to add its third state title after winning back-to-back championships in 2014 and 2015.

After being held hitless for the first five innings, Williston finally struck in the sixth. Grayson Geiger and Michael Rey both reached base on errors, and Connor Neal lined an RBI single to left field that got his club on the scoreboard. That chased Mercer from the mound, and Williston greeted reliever River Clark with a double-steal on the first pitch to put both base runners into scoring position. A throwing error plated another run and pinch-hitter CJ Strange then came through with a base hit to right field to plate another.

“I knew Parker had us in a close game, and I just had to come up with a clutch hit, and I was able to get a base hit,” Neal said. “I was looking for a fastball I could drive so I could get somebody in. That was all I was trying to do. I was hyped up, and I think it got my teammates hyped up too.”

Foster ran into trouble in the top of the seventh when Russell Allen was hit by a pitch and Parker Hayes walked. But the defense backed him up with a clutch, 6-4-3 double play. A liner to left field then closed out the contest and sent the Red Devils (19-9) to their third finals appearance in the past five years.

“Both teams competed well and both pitchers threw well,” Smith said. “Both teams just kind of hung around and clawed, and I think it happened today that we put the ball in play. Like I tell our kids all the team, the teams that make the fewer mistakes are going to win more games than are lost.” 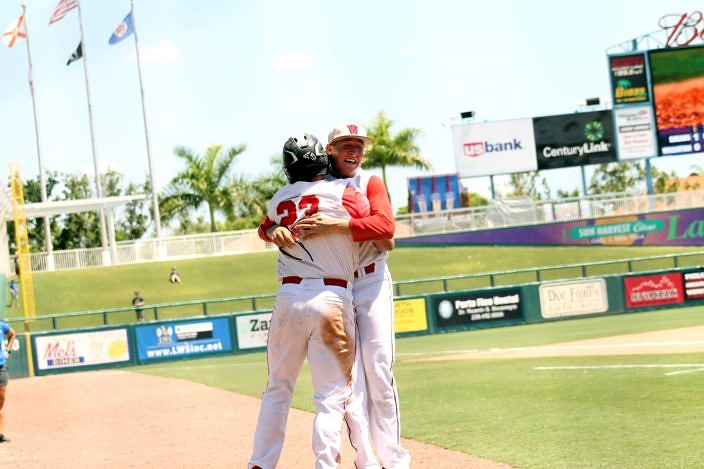 The Red Devils celebrate after taking the lead in the sixth.

Sneads (20-9) jumped out of the gate and grabbed control with a run in the top of the first inning. Mac Danford worked a lead-off walk and a pair of ground outs to the right side by Tyler Brown and Colton Mercer pushed him within ninety feet of touching home. A passed ball then allowed Danford to slide safely in for the first run just ahead of the tag by Williston starter Parker Seay.

Seay settled in after that and held the rope, pitching a no-hitter into the fifth inning. The left-hander allowed one hit and two walks, and struck out four.

“The first inning was stressful, but after that I got locked in. I was throwing strikes and let me defense work,” Seay said.

That defense proved up to the task by not committing any errors on the day. The Red Devils made several big plays throughout the action, including a nice snare by center fielder Jake Elder for the second out in the third.

Williston threatened in the bottom of the fourth, but some base running mistakes disrupted that rally bid. Rey and Neal both walked, but a bunt attempt was popped straight up in the air to the catcher. The Devils attempted to get things going on the base paths, but Sneads responded by catching two base runners to end the inning. 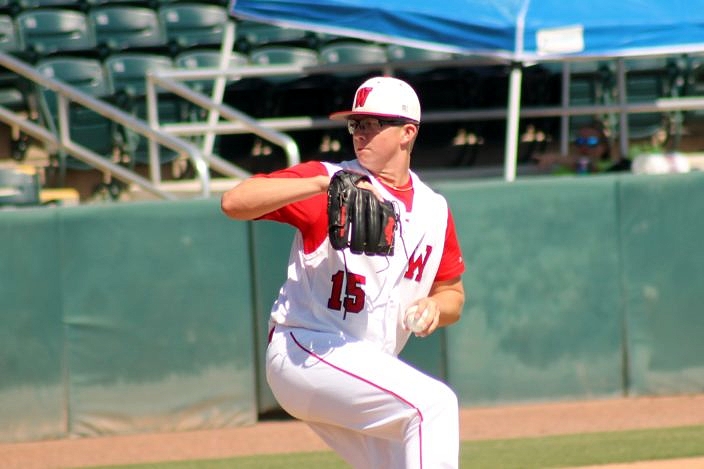 Starter Parker Seay allowed one hit and two walks, and struck out four.

The Pirates chased Seay in the top of the sixth inning, after Tye Justin drew a lead-off walk. Danford was then hit by a pitch to push Justin into scoring position. But this time it was Williston that responded defensively, as Justin got caught in a rundown and tagged out. With two outs, Mercer came through with a clutch base hit that doubled the lead, as he stayed back and drove through the ball to send an RBI single up the middle that allowed Danford to round third and slide safely across the plate.

Despite being behind, the Red Devils were calm and focused throughout. Even as the outs slipped away, there was never any doubt a comeback was possible.

“This season we like to do that. We have played close games all year,” Smith said. “We work on that in practice and put them in situations that they can handle that. We have to stay in control as coaches and that is how our kids stay in control. We just try to play the game in the moment.”

That moment now realized and the victory in hand, the Devils can now focus on the final chapter of this season. The team awaits the Chiefland Indians, who also advanced following a 7-2 win over Bozeman in Wednesday’s other 1A semifinal. Williston and Chiefland played twice this season, and customarily face one another every season.

“We get to enjoy the moment right now, but we have to put it behind us,” Smith said. “We face a good team tomorrow. When you are here, you are a good baseball team and playing hot at the right time.”